This post is inspired by a post by the user cyice on Stocktwits, who said: “when are the fundamentals of the stock ever going to take charge of its price“.

I won’t go into why the market thinks Apple deserves a PE 1/2 of other tech companies (I wrote it up and decided to scratch it — the market is crazy and crazy hard to understand). If we just assume that the market has different rules for Apple, we can try to figure out what those rules are. 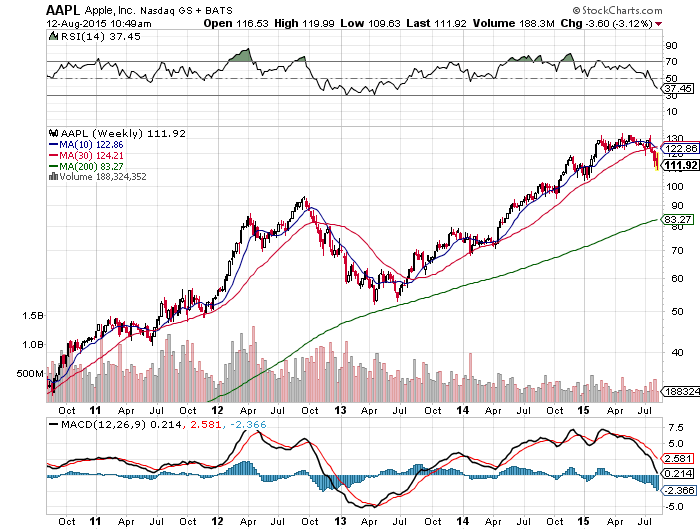 So one answer to the “when are the fundamentals of the stock ever going to take charge of its price” would be around a 10 PE, which would correspond to a price of about $90 and also come close to that 200DMA. I’m long Apple in a retirement account and would back the truck up if it dips down around this area.